Paraben has released the 3.1 version of the E3 Forensic Platform. Paraben has continued in the long-standing tradition of the October 31st release to scare in new features when so many changes are happening in the world of digital data. All these fall new versions of our primary Apple iOS smartphone firmware, as well as Android firmware, released that cause mobile examiners to evaluate their processes and make sure the new data nuggets are being captured. The 3.1 version of the E3 Forensic Platform does just that by capturing these latest versions and all the data associated with them logically and physically depending on the device. This fall a new change happened with the release of Windows 11. This caused a unique change with both compatibilities for running as well as analyzing this new operating system version. Paraben did not disappoint with both capabilities now available in version 3.1.

Email support has also been ramped up with additional support for some Linux mail clients to include Evolution, Kmail, Sylpheed, and Claws Mail.

Other analysis enhancements include the new Skip List feature. Now, any rows from the parsed data in E3 data cases can be added to the Skip List either directly from the grids or while analyzing the search results. Skipped data will not appear in the search results, viewers, and reports. Making it easier to break down the data.

However, the biggest features are with the new General Export option that allows Paraben to work easily with other tools. This new feature allows for E3-XML export to any 3rd party tool. E3 has always been known for strong data processing and analysis and this brings home that capability by sharing detailed results.

Paraben continues to offer the E3 Forensic Platform with a variety of licensing options that allow the flexibility for any lab to add these capabilities to their toolkits.

Founded in 1999 Paraben has been innovating technology for 20 years. In 2001 Paraben released the first foundation solution for mobile devices, smartphones, email, and gaming system forensics.  Paraben has been forging new approaches for dealing with digital evidence.  Paraben’s focus on mobility led to many other areas of innovation, including the research and development into the Internet of Things (IoT) with the Forensics of EverythingTM (FoE).  Paraben supports logical and physical images with mobile devices and supports 100% of smartphones on the market.  In addition, Paraben can add to an existing arsenal with specialized tools for unique data, such as network email servers, local email archives, internet related data, and gaming systems.  Paraben provides software with a unified vision and interface for dealing with all types of digital data.  From start-to-finish, Paraben offers solutions that can build new capabilities into any digital investigation. 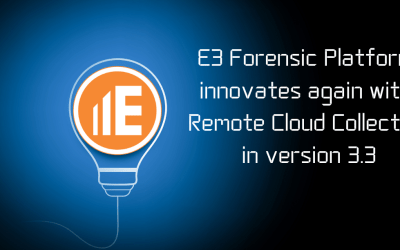 The 3.3 version of the E3 Forensic Platform continues with industry firsts with a new Remote Cloud Collection option. With more and more data moving to the cloud the need for innovative approaches to the collection of this data continues to be a high demand for... 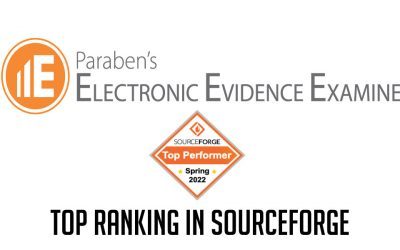 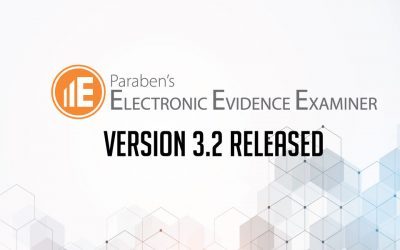 Paraben’s version 3.2 of the E3 Forensic Platform was released with a bang with support for new artifacts and new capabilities when it comes to Malware investigations. “With so many cases revolving around malware and ransomware, it was important that we make sure we...